There was a cut, he’s young, he was away from home, his opponent is a wily veteran. All true. All verifiable reasons Hughie Fury’s attempt to secure a mandated shot at Anthony Joshua failed. Those protecting their interest or adopting an especially thick monocle of pragmatism through which to view the result will point to the experience gained, the rounds navigated and the narrowest of the three cards.

It would be understandable and, as the days turn in to weeks, that narrative may well take hold and become the hazy recollection of a bout otherwise willingly forgotten by those that endured it. For Fury to succeed on the world ‘stage’, rather than merely exist as an awkward facsimile of his more talented cousin, the flaws that run much deeper in his performance than the cut eye lid he sustained last night must be addressed.

END_OF_DOCUMENT_TOKEN_TO_BE_REPLACED 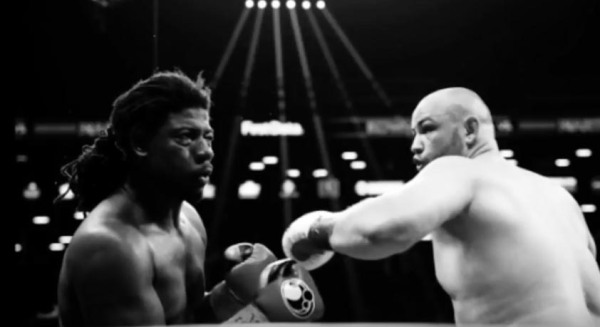 “There are few virtues that the Poles do not possess.”

Frequently, fights or the entertainment derived from them, is generated by the flaws and weaknesses of its participants. The perfection, or apparent perfection, of Roy Jones, or Floyd Mayweather, could, sometimes leave a vacuum where the entertainment was meant to be. There was always much to admire, to marvel at, to appreciate because, as a boxing fan, you had to. Hit and not get hit, is the founding principle of boxing after all, and few exemplified it better than Jones and Mayweather.

But if offered the prospect of watching a Floyd Mayweather return bout and the opportunity to watch Adam ‘Baby Face’ Kownacki’s, 18-0 (14), next fight, regardless of his opponent, and I would opt for the latter. His victory on Saturday night versus Charles Martin, the former holder of an IBF Championship belt, if only briefly, introduced me to the unbeaten Pole and it was a meeting I, like many fight fans, enjoyed greatly. END_OF_DOCUMENT_TOKEN_TO_BE_REPLACED 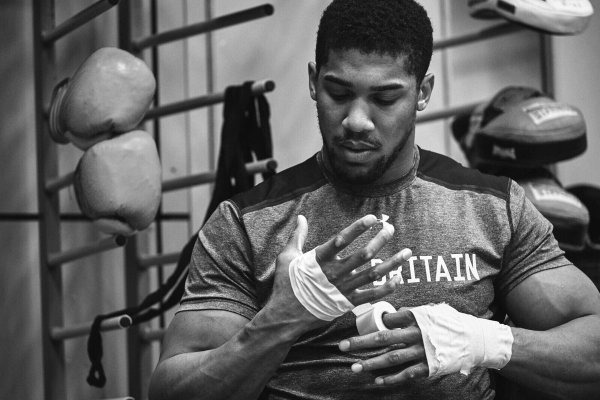 Like Joshua, I spent Saturday playing a role distinct from my usual casting; Joshua won largely favourable reviews for his portrayal of a cautious, pedestrian boxer loathed to engage whilst I stood against a post in the pub, nursing an almost empty pint glass, nervous at the prospect of committing to the queue between rounds. Neither of us, I suspect, gleaned the same satisfaction or contentment we would have from playing to type. He as the emotional, knockout artist and me as the thoughtful wannabe.

Though both proved prudent, these temporary alter-egos, it will be a temporary diversion for me at least, though the experience did provide several valuable and salutary lessons. I learnt much about Joshua and the perspective of those who do not need to contemplate the impact of sharing their opinions too. Certainly not in the way I do when committing them to the world beyond the pub door, however small the readership.

Joshua undoubtedly learned much from his 21st professional success too; notably the power of patience, discipline and employing a degree of pragmatism. Coincidently, a stark juxtaposition of my experience with the impatience, ill-discipline and blood lust of an evening as a ‘casual’.

END_OF_DOCUMENT_TOKEN_TO_BE_REPLACED

In the immediate aftermath of Showtime’s exciting announcement of the Super Six tournament to be held at 168 pounds over the next two years, I asked readers to predict who they felt would emerge from the groundbreaking series as champion. As you might anticipate the outsiders, Andre Ward and Andre Dirrell only landed 2% of the votes cast but it was Danish hard-man Mikkel Kessler who fans felt most likely to prevail. 60% of the votes went to Kessler with Froch (21%), Abraham (9%) and Taylor (8%) trailing someway behind. END_OF_DOCUMENT_TOKEN_TO_BE_REPLACED

Bobby Gunn is a curious phenomenon. No other fighter, whether christened Floyd, Bernard or Oscar has engendered the type of readership and commentary that articles about the Celtic Warrior have. I suppose that might say as much about the sporadic readership of this gloomy corner of the blogosphere as any significance Gunn actually holds for boxing fans at large but it forces me to ensure his doubtless plucky lunge at Tomasz Adamek, the number one Cruiserweight in the world, doesn’t pass with out some message of good luck. END_OF_DOCUMENT_TOKEN_TO_BE_REPLACED

Since the disappointment of David Haye’s withdrawal from this year’s biggest heavyweight title fight and a potential record breaking event to boot it has been widely assumed Ruslan Chagaev would prove to be the natural replacement for the former Cruiserweight king. Similarly shorter than Wladimir, with a reliance on speed and movement the WBA champion is a far more obvious replacement, physically at least, than Nikolay Valuev, the near 7ft Russian who offers a polar opposite opponent than the one the younger Klitschko has spent many weeks preparing for. Bu this thesis overlooks one obvious factor, the 6ft Uzbekistan fighter is a left-hander. END_OF_DOCUMENT_TOKEN_TO_BE_REPLACED

Regular visitors will be accustomed to the acerbic analysis of Andrew Mullinder, our resident correspondent in Moscow. I’m sure Andrew has all the usual creature comforts we enjoy in the West but I prefer to adapt the usual visual triggers employed by third rate cold war thrillers to conjure an image of Andrew huddled over an ageing type writer, all fingerless gloves, one bar fires  and cheap vodka, manically venting on the issues of the day from his down trodden apartment block in some mafia run ghetto. Why? Well it just makes sense of his withering contributions, and the latest, a deconstruction of the most artificially created ring moniker in boxing must have come after a slurp or two of the strong stuff. END_OF_DOCUMENT_TOKEN_TO_BE_REPLACED

It might be the stiff wind from the Urals which makes guest writer Andrew Mullinder such a cantankerous observer of the noble art. Mullinder is not implored to write by the science or the beauty of boxing, only the muck, the politics and the fractious infrastructure of the sport evoke his withering invective. His latest target is the WBA, for whom the dietary plans of Joan Guzman appear to have been but a distant theme from a distant land. Mullinder thinks its time governing bodies started, well, governing. END_OF_DOCUMENT_TOKEN_TO_BE_REPLACED 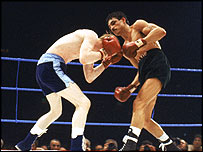 Until Alex Arthur starts beating world-class fighters instead of simply being trained by them his tenure as WBO Super-Featherweight champion will never be widely regarded as anything other than opportunistic. It isn’t that Arthur is without ability, nor I suspect, is it because the Edinburgh man fears the division’s elite contenders, but with the long-shadows of Jim Watt and Ken Buchanan falling across his achievements, he will need to beat someone like Joan Guzman or Juan Manuel Marquez to be taken seriously alongside his predecessors. END_OF_DOCUMENT_TOKEN_TO_BE_REPLACED

For all the criticism I aim at the likes of Bernard Hopkins, Roy Jones and Evander Holyfield for their unwillingness to accept the passing of time and talent and for all the disappointment I feel hearing Marco Antonio Barrera and Chris Byrd are set to return to action it conversely provides great comfort to learn plucky veteran Manuel Medina is still performing close to his best well into his thirties. James Toney and Vitali Klitschko may garner more attention but neither has contested the number of world-titles the 37 year old Mexican has.