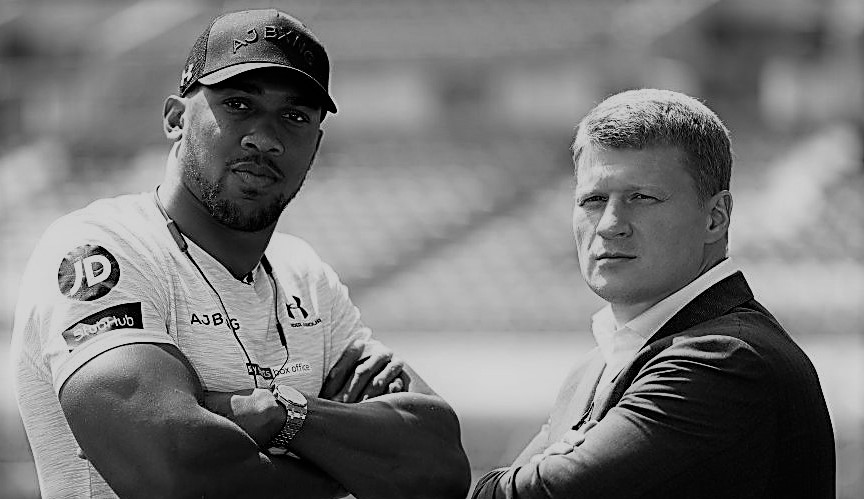 Something has changed in the heavyweight division. The lucrative ecology Anthony Joshua created in his ascent to the throne has been disturbed. The indicators are not oblique or explicit, but to this observer the equilibrium of his characteristically jocular temperament registered a first tremor of anger and discomfort this week. Fight fans that note these shifting plates could enjoy some benefits with the best bookmakers.

As the consensus, if not unanimous, king of the sport’s blue ribbon division, Joshua is no longer the leader of the ‘rebellion’. He is the establishment. This has helped motivate many who marvelled at his rise to voice misgivings about his intentions. The memory of his conquering of Wladimir Klitschko and subsequent unification victory over Joseph Parker have quickly become obscured by the passage of time and the shadows cast by the returning Tyson Fury.

In to this newly electrified atmosphere, in which the WBA, IBF and WBO Heavyweight champion rankles at questions about his rivals and contemplates failing to sell out a venue for the first time, strides the Russian veteran Alexander Povetkin. A heavyweight with thunder in his left hook, and the realisation this fight will represent his last opportunity to capture the sport’s ultimate prize – a tangible motivation.

Joshua, who holds advantages of height and reach as well as youth and home advantage, is a prohibitive favourite. Most generous are Ladbrokes, offering 1/10 on Joshua to win. For those inclined to believe the 28-year old could be distracted by the criticism of his failure to fight Deontay Wilder, there are a host of opportunities to invest in the 39-year old Povetkin. Bethard offer 10/1 on a Povetkin victory by any method.

Povetkin will not be intimidated by the scale of the event having boxed as the opponent and the attraction on huge events in Germany. He enters the contest with only the pressure of his advancing years and the sense this is fight is his ‘last-chance saloon’. In contrast, Joshua spoke of “carrying the heavyweight division on his back” and appears a little more burdened by the expectations his success and the possibility of a December clash between Wilder and Fury has imposed.

Joshua Must Be Busy and Disciplined

To succeed, Joshua will need to be positive; he needs to earn Povetkin’s respect to force the shorter, more aggressive man to be cautious and to keep him off-balance and hesitant. The Russian is most dangerous at closer range and will seek to slip Joshua’s jab in order to land his own blows.

Unlike Joshua’s previous opponents, Carlos Takam and Joseph Parker, Povetkin will punish the champion more decisively if isn’t kept occupied by the jab. Were Joshua to tire or grow lazy, Povetkin will pounce. He is experienced at distance fights and has stopped good fighters early and late in the past.

Physically, Povetkin could be Joshua’s strongest opponent to date and although he has lost some of the foot speed he had when first emerging as a world-class heavyweight, he could also be the most powerful single punch fighter he’s faced too.

He has plenty of rounds as a professional behind him and it would be easy to overlook his own Amateur pedigree too; he was the 2004 Olympic Super-Heavyweight champion.

They do share previous opponents. Firstly, Wladimir Klitschko, who inflicted Povetkin’s solitary loss, by an undisputed decision, in 2013. Anthony Joshua overcame Klitschko by stoppage in 2017. And, more recently, both stopped the gallant Carlos Takam in the championship rounds of tough contests.

Despite his advancing years, and the fleeting but notable success David Price enjoyed in their March encounter, I believe Povetkin remains durable, ambitious and dangerous. I also believe Robert McCracken will find it harder to keep Joshua to fight to a plan this time. The unease he displays suggests his emotions, which drew him into a brawl with Dillian Whyte in 2015, could yet surface and if they do, he may risk trying to end this fight early to reaffirm his status as the division’s true king.

That can’t be achieved without either Wilder or Fury as the victim, but that mind-set could offer Povetkin opportunities to cause an upset early in the bout. However, a late Joshua stoppage of a tiring Povetkin, having been wobbled himself, is my expectation for Saturday night. Consider BetHard’s Evens offer on the Over 8.5 rounds too.