I should be able to rub my hand across the nape of my neck and feel hair bristling, I should be able to stop in the work’s canteen today and exchange views on one of the greatest match-ups of the modern era. “Roy Jones is gonna fight Tito Trinidad? Wow, what a fight!” Except of course, my hairs remain pretty sleepy and friends in the canteen lost interest in boxing when Naseem retired, oh, and the fight is six years past its sell by date too.

If this fight were yoghurt, you wouldn’t touch it.

Of course, with the Don King promotional engine behind it, the fight will prove to be a must have pay-pre-view by January 2008. We’ll all swallow the rhetoric one more time. Despite the age of Jones, the shadow of his former self the current version represents and the series of humiliating defeats he’s thus compiled coupled with Felix Trinidad’s own inactivity and retirement are the most instructive back-story to this bout. However, both have a following, and both will know how to sell the fight.

In reality, the fight should be little more than a peripheral curio. But in the current climate of boxing, where the ‘senior tour’ retains top billing, a world where Hopkins, DeLaHoya, Mosley, Barrera, Gatti, Tarver remain key attractions, Jones v Trinidad will be a major fight. Had this fight come to fruition when Jones was at his resplendent light-heavyweight best and Trinidad a leading middleweight, the bout would have been a thunderous encounter; two fighters at close to their peak, a clash of styles and personality – what an event.

Now, it has a forlorn feel. Like a mature student trying out for the cheerleading squad; sure she can move, but look up close and she’s a little frayed around the edges. 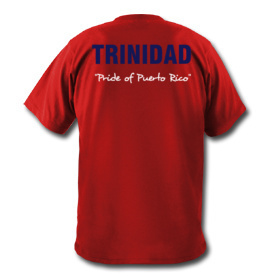 2 thoughts on “Boxing: “Misty watercoloured memories, of the way we were”: Jones Jnr. v Trinidad”