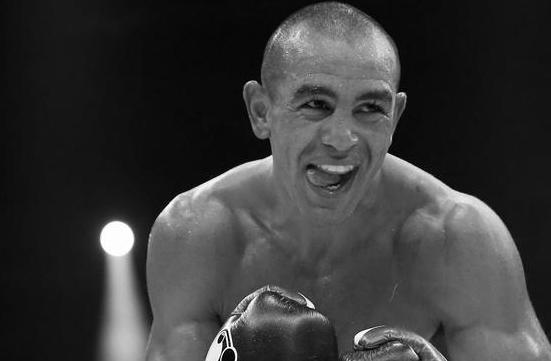 Old age is no place for sissies!

A reader challenged my expressed frustration with the sport this week. Commenting that the incompetence and imperfection I was bemoaning at the time, in the wake of poor officiating on the Warrington v Lara card last weekend, was precisely the reason boxing draws writers to write. That its ugliness is, in truth, its beauty. The pursuit of the ‘right’ contests, of certainty, of a sense of hierarchy and regulation, seemingly abundant in all other sports, is the bittersweet joy of boxing.

There may be a seed of truth in that. Were it as simple as it really ought to be, perhaps some of the high points wouldn’t seem so high?

For now, chaos is the preeminent theme. Within that reality, peculiar storylines, far from the mountain tops of world title fights, are permissible, from the romantic to the deplorable, they add texture to the patchwork eiderdown the sport bunkers beneath. Stories like the return of two stubborn old Australian veterans who really should know better and the son of their contemporary taking another step in his boxing career in New Zealand.

It is hard to foresee happy endings for either Sakio Bika, 41, a Super-Middleweight of distinction a decade or more ago, or Sam Soliman, 47, and himself a hard to beat middleweight across a similar period. The two met in 2002 and 2007, Bika winning the later fight over 8 rounds, Soliman eeking out a 12 round MD almost twenty years ago. You don’t need a crystal ball to conjure a rubber match occurring between the two, particularly as pandemic restrictions encourage fighters to look to domestic rivals for simplicity’s sake.

For Soliman, with one foot in the role of promoter, it is hard to fathom what future he is hoping to conjure beyond publicity for those fighters appearing beneath him on the bill. An edge even Oscar DeLaHoya embraced at the end of his own celebrated career. It is the nature of boxing that Solimon, despite inactivity and a series of defeats, has contested versions of world-titles in each of his last three fights.

Both are familiar figures to British and American fight fans; Bika offered stout and awkward opposition for Joe Calzaghe and also boxed Andre Ward, Anthony Dirrell and Markus Beyer in a career that include a brief residency as the WBC Super-Middleweight king. Solimon similarly battled for championships with Howard Eastman, Felix Sturm (2), Winky Wright and Anthony Mundine. Mundine is also booked to return on March 13th, aged 45.

Speaking to James Gardiner at the Newcastle Herald in Australia, Bika stressed how eager he was to return to the world stage;

Unsurprisingly, for those who watched the athletic Cameroon born hard man at his peak, Bika remains in tremendous aesthetic shape and will cut a defined figure for his comeback fight with Adam Stowe, the Australian Super-Middleweight champion, on the 26th. It is a coincidence that former foe Anthony Dirrell, himself now 36, has been sanctioned for the WBC belt only this week as he too tries to eek another opportunity from the embers of his prime. Old names recurring is another familiar theme, it rarely ends with smiles. By way of variation, the sons of retired pugs opting to follow in their father’s footsteps; Conor Benn, Shane Mosley Jnr and Chris Eubank Jnr, recent examples, is also a topical phenomenon. Their presence on the boxing landscape ages those of us who remember their fathers breaking through. It is the ballast to the parade of ‘pensioners’ still chasing dreams. Kali Meehan’s son, Willis, continues his stuttering career in March. A side hustle to a professional life in Rugby League.

I remember Kali Meehan fighting Danny Williams at York Hall, Bethnell Green. A bad night for the Kiwi, but an unforgettable one for those in attendance. It was a long time ago.

As an aside, Bika’s return shows how remarkable it was that Nigel Benn, in the weeks before the pandemic, and himself 55 at the time, had chosen him as his opponent for an ill-advised return. Bika hasn’t fought since 2017, and inactivity is never a fighter’s friend, but unless decline has ravaged his attributes exponentially in the meantime, he should be far too capable for his modest opponent and may have been for Benn too. With a fresh victory on his resume, notions of a title shot will become a possibility again.

There is, after all, a world title for everyone.