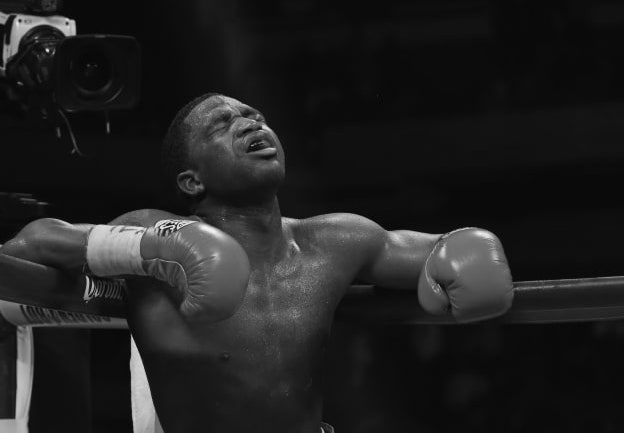 Inactivity is not a new phenomenon in boxing. Champions, even in those supposedly halcyon days of one division, one champion took extended sabbaticals between fights. Jack Dempsey twice took two years or more off between defences of his crown. Busying himself with the luxuries afforded by success. Safe in the knowledge that only defeat between the ropes could ever separate him from the title. The inactivity of the modern era is a different animal. Evolved from different circumstances.

Failed drug tests, contractual disputes, waiting on mandatory shots are all new prompts the old champions didn’t encounter. A broader church of talent now enjoys larger wages and far more is known about the long term damage accrued through participation in more bouts, more sparring, both discourage activity. Even for the victor, sacrifice is required.

Between the pragmatism of the fewer fights of today and the century old practice of living indulgently between bouts, exist a troop of enigmatic figures. Fighters like Adrien ‘The Problem’ Broner.

Broner boxes this weekend. It is a comeback of sorts. He is now 31. No longer the ‘Enfant terrible’ of boxing.

This nomadic band, variously including the likes of Broner, Billy Joe Saunders, Gervonta Davis and Keith Thurman are all gifted athletes, with pedigree and schooling. All have operated at championship level, winning belts, for whatever their value at the time, but all are connected by a sense of the incomplete within their stuttering careers. The great what if.

For some of these boxers, the pandemic has extended the perennial pause and perhaps, imparted a type of epiphany. Time waits for nobody. Although it was more patient with Archie, George and Bernard. It is a testament to Broner’s qualities that he is still regarded as unfulfilled. He has, afterall, been a belt holder at 130, 135, 140 and 147 pounds. None of those prizes came with recognition as the King of the division but nevertheless they are accomplishments few of us acquire.

And yet, despite those high points, there remains the sense he has more to do.

It is now two years since he lost bravely, but clearly, to Manny Pacquiao over 12 rounds and it is, wait for it, 4 years since he won a fight. Fighters like Broner share a sense of delusion. Namely, that their 20s, and the prime they represent, will stretch to accommodate their peccadilloes, their vanities and their narcissism. That they would never grow old, that there would always be more time, time to grow up, to do the boring stuff. Wealth breeds indulgence and buys silk pyjamas.

While the self same Manny Pacquiao, aged 42 and still the cash cow in the Welterweight division Broner is assumed to still be in, shows that there can be life beyond the 30th birthday, he, like Moore, Foreman and Hopkins before him, is the exception and his longevity reflective of a dedication few summon.

On Saturday, against the unbeaten, though unheralded, Jovanie Santiago, Broner will try to prove he has defied the ring rust and ageing process of the past two years and remains a dangerous presence in the talent rich division.