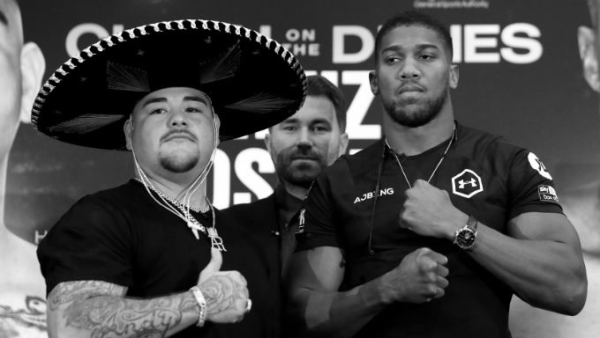 Saudi Arabia is the controversial theatre for the latest act in the grand old opera of heavyweight boxing on Saturday 7th December. A purpose built stadium plays host and offers an unwelcome echo from the original golden age of boxing when eager investors brought the great Jack Dempsey and Tommy Gibbons to Shelby, Montana and almost bankrupt the entire town in 1923.

The 15,000 open air arena outside Riyadh is unlikely to trouble the infinite wealth of those who built it and invited boxing to its exclusive back garden. It will be an unlikely stage for Anthony Joshua to try and reclaim the belts he lost in New York to the same American, Andy Ruiz Jnr, he faces on Saturday.

For all the historic significance of the titles the two will battle for, the fight means more than just the prizes to Joshua. It is about the restoration of the truth he still believes, that he is best heavyweight on the planet and his defeat in June was an aberration. A fluke.

Victory would certainly reassert his place among the highest echelon of the division and reignite interest in potentially defining fights with Tyson Fury and Deontay Wilder in 2020. A second defeat to the previously unheralded Ruiz may prove a blemish too far and forever extinguish Joshua’s hopes of transcending the sport’s history and diminish the notion the trio could yet create a new golden era in the flag ship weight class.

It really is, all on the line for the 2012 Olympic Champion. Boxing betting sites are thankfully eager to offer markets. END_OF_DOCUMENT_TOKEN_TO_BE_REPLACED