As a boxing traditionalist, the Klitschko brothers prove something of a troublesome enigma to me. Resplendent though they are at the top of the heavyweight mountain, their individual and collective resumes feature nothing but a procession of mediocrity – some of whom the physically gifted Ukrainians have conspired to lose to. But I cannot always count defeats against them, as an advocate of risk taking, defeats are the inevitable byproduct are they not? Risk? What risk? You see, for every argument I make against them, there is objective counsel to the contrary. News Sam Peter may replace the perpetually injured Alexander Povetkin in the Wladimir Klitschko’s September 11th defence yet more evidence to pour over. Do we laugh or cry, empathise or chastise?

Few observers of heavyweight boxing could conclude that either brother is without talent and a degree of dominance in the modern landscape. Wladimir has been a heavyweight titleist since pummeling Chris Byrd a decade ago. A whole decade as a contender, with close to seven of those as a title holder of one acronym or another. Older brother Vitaly despite a four-year retirement has similar statistics. Though in truth his greatest period of success has been the past two years when he has fought frequently – by modern standards – as the WBC champion. 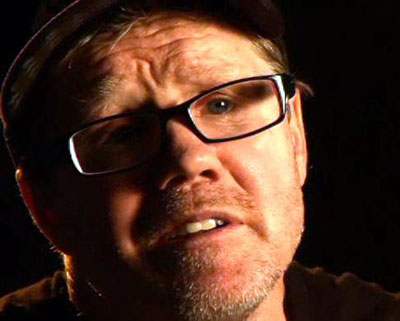 The Klitschko brothers are great boxers, but they are boring. They don’t take risks. You got to go for it in this sport, and give 100%.

But as the modern idiom goes – you can prove most things with statistics. Measuring success in boxing, though founded on numbers, whether it be the 3 minutes between bells, the slow count to 10 for the fallen or admiration of Rocky Marciano’s pristine 49-0 slate, is a qualitative debate and will never be resolved via statistical analysis alone.

Gratefully, neither Wladimir or Vitaly claim greatness based upon that most over-rated of digits, the zero. The zero is handed to every debuting professional and for those with a little more than average talent or an Amateur pedigree that fragile little egg is protected until the number reaches a sellable size. 24-0 has a nice ring, by the time the prefix reaches 30 one of three things happen. The fighter finally meets a watershed opponent and loses, fans begin to question the authenticity of the route-map the matchmaker used to get the debuting professional to this point or the fighter goes on to become a dominant figure i.e. Joe Calzaghe or Roy Jones.

Wladimir or Vitaly don’t have the faux beauty of a long-preserved zero. Both have lost and both have lost when heavily favoured to win. Perhaps, their persistance, their perseverance deserves greater applause than ever it is afforded. Long unbeaten records snapped in distressing circumstances often snap the will of the beaten man too. Loss affected both, but it didn’t extinguish their self-belief entirely in the way it has others and, aside from Wladimir’s tawdry contention that he lost to Lamont Brewster because he had too much vaseline on and therefore his skin couldn’t breath, both have acted with great dignity in both victory and defeat.

The biggest problem both have faced is their lack of credible contemporaries.

The heavyweight division is so devoid of talent its on the cusp of being called off through lack of interest.

Seven years have elapsed since Lennox Lewis’ retirement as the dominant heavyweight and it has proven to be a barren period. Precious little new blood has emerged to excite fans but the absence of vibrant, aggressive, skillful contenders cannot be the fault of Vitaly or Wladimir? Heavyweight boxing since 2003 has projected perhaps five names for the brothers to repel. Two of whom have already tried and failed to oust either from their consensus position as the division’s leading fighters and three are left yet to try.

First was Samuel Peter. The Nigerian was the best America could summon to fill the void left by Mike Tyson and his failed successor David Tua. Big punching and forward marching, Samuel Peter proved magnetic enough to draw comparisons with those two and Ike Ibeabuchi. In reality, his knockout run in 2005 proved misleading as to his long-term capability. It tricked even the wise. In an article for the Independent in 2005, Steve Bunce educated readers to the emergence of a “new Tyson” on the eve of his challenge to Wladimir Klitschko. Had Klitschko the younger stayed on the canvas on one of the occasions the Nigerian Nightmare put him there during their final eliminator bout maybe the comparison may have run a little deeper.

Wladimir isn’t extended enough credit from climbing up three times to thoroughly outbox Peter. Big Sam came close, but that ‘achievement’ is thoroughly undermined by his subsequent demise at the hands of Vitaly in 2008. Overweight and poorly motivated he allowed the venerable 37-year-old, fresh off a four-year retirement, to dominate him to the point Peter didn’t come out for the 9th. The same Steve Bunce was scathing in his assessment of the effort put forward by Peter.

Vitaly Klitschko isn’t that good, but Peter made him look like Willie Pep with a punch

Chris Arreola, the portly hispanic American, heavily projected by HBO as the answer to the heavyweight problem was next to step up. The problem being America’s inability to put forward a heavyweight capable of picking up the baton from geriatric Evander Holyfield and the generation of McCline, Brock, Johnson, Chambers who had failed to oust any of the European champions.

These guys we’ve seen against the Klitschkos the last few years, they freeze like deer in headlights and just wait to be taken out eventually.”

Teddy Atlas talks to Eric Raskin at The Ring

In truth, Arreola was rushed, which is a paradox given the padding on his record. Perhaps, protected from too many learning fights would be a more objective summary. He then stumbled into a Vitaly fight, was battered in a way only tent-pegs can relate to and retired before the 11th. There is no way back for Arreola, subsequent defeat to Adamek ended any hopes of him being anything other than a name in the heavyweight picture. His trajectory will never take him to the title – look to Samuel Peter for exemplar of this phenomenon. Doubtless he’ll be repackaged and guided to another title shot at some point. But triumph and dominance? Never.

Lets hope he fights a lot better than he looks, because he looks a disgrace

David Haye, through the power of marketing, the power of his knockout performances and lack of resident personality and hope within the heavyweight ranks is now regarded as the heavyweight division’s saviour. His soporific victory over Nicolay Valuev demonstrated a tactical discipline, the combination which left the giant with only postal dialogue with his legs underlined his dynamic punching power. Revisionists proclaim this performance as dominant and masterful. The truth is, I had him two rounds down. But it secured a portion of the fractured heavyweight picture and offered Haye an alternative empire in which to hoist his colours to the one he’d claimed to be determined to conquer when stepping on to the heavyweight battle field. A crusade he promised to pursue without fear or pause. He hasn’t become fearful as ESPN’s Dan Rafael would have you believe, but he’s certainly paused and become far more pedestrian in the pursuit. Money can do that.

Haye could spark it up. Haye will knock out the younger Klitschko . I’m sure he will knock him out, but the older Klitschko brother is harder to fight. He plods with his left hand and he is hard to get to.

Angelo Dundee speaking to the Daily Telegraph in 2010

In the transient times before David Haye arrived from the Cruiserweight division the heavyweight fans grew most excited about was Alexander Povetkin, the mop-haired Russian with the aggressive style and clubbing left hook. Short and stocky, Povetkin offered desperate fans a mirage. A diluted, grainy facsimile of more rarified predecessors. An antidote to the 250, 6 feet 6 giants of the 2000’s if you like. His Achilles heel of poor head-movement never became the problem it will eventually prove to be because injured intervened on the cusp of his mandated title shot in late 2008 and he slipped off the radar and out of the debate in the ensuing two years. Now, once again on the cusp of his shot versus Wladimir, he’s nixed the chance to defeat the 34 year old IBF/WBO champion by succumbing to another injury or perhaps the insistence of trainer Teddy Atlas that fighting Klitschko now isn’t the golden ticket it may seem. Atlas has been working with Povetkin for a year and doesn’t yet believe his student is ready for the opportunity. Whatever the thinking, Povetkin is out and Wladimir Klitschko is once again searching for an opponent on which he can build credibility as well as his bank balance.

Following David Haye from Cruiserweight, is gutsy Polish fighter Tomasz Adamek – a contender who has emerged by much more old-fashioned means at the edges of the world-title picture. He’s been beating cruiserweight and Heavyweights in good fights on a frequent basis. His victories are no more meaningful than Haye’s; Golota, Estrada and Arreola are never likely to feature on a DVD celebrating their rivalry but they were names the US public recognised. HBO, the network with an unhealthy interest in helping the aged, did at least recognise Adamek as a small ray of a hope in another wise gloomy picture. Admonishing the division with the proclamation only fights between the Klitschko’s, Haye and Adamek would now bring back the HBO money to the heavyweights. A moment of rare wisdom from the otherwise blindfolded organisation.

So for all the criticism I regularly fling at the Klitschko brothers, a balanced perspective has to recognise the absence of challenge among the current crop of heavyweights. I don’t subscribe to the argument that their dominance and longevity is due to their own craft and ability, though they clearly have elements of both. The truth is their opponents have been ill-equipped to put forward a challenge of any credence.

Teddy Atlas speaks of the emotional preparation a fighter needs for a fight with either man such is their physical presence and remorseless adherence to their strengths. Even when heavily advantaged neither brother takes risks, neither venture from their game plan. It’s what makes them but it’s also what breaks them at the US box-office.

Today’s news that Alexander Povetkin is out of the September date is a cruel blow for Wladimir Klitschko and the subsequent selection of Samuel Peter – despite his winning run since Adamek and better weight for those contests – further underlines the shallow talent pool available.

The conclusion to be drawn? David Haye holds nearly all the aces, with perhaps Tomasz Adamek and Alexander Povetkin claiming a little in his wake. Successful or not, Haye represents the fresh challenge the brothers need to save them from the tedium of beating a list of heavyweights they’ve both overcome at least once before.

I suspect, despite his silence, Haye is fully appreciative of this bargaining position.

In the meantime, I’m going to extend a little empathy to Wladimir Klitschko – its hard to make noise in a vacuum.

3 thoughts on “Boxing: Laugh or cry, matchmaking with the Klitschkos”