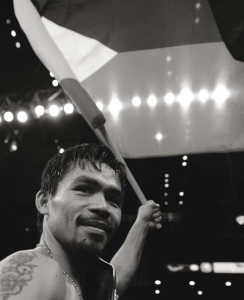 So the scene is set. Boxing has risen from the canvas to offer the viewing public a fight of such dramatic potential it already draws comparison with the magnetic contests boxing was once able to supply from a position of long forgotten significance on an annual basis.

Manny Pacquiao, the Filipino with the smile and an entire people in his corner, neutralised Miguel Cotto with such aplomb last weekend he is now widely projected as the sport’s pound for pound number one. That most unhelpful of yardsticks. And in Floyd Mayweather, he has an opponent of equal brilliance and renown against whom to push his abilities to their limit and in doing so, just maybe, entice and ignite a whole new generation of prize fight followers.