A champion is someone who gets up even when he can’t.

Rude. The only way to describe the health of the heavyweight division. It has a singular and consensus champion. Tyson Fury. One fresh from an enthralling rumble with the sport’s biggest puncher. Subsequently, his WBC mandatory challenger, and therefore his most likely next opponent, will be Dillian Whyte, a fighter in every fan’s top 6 or 7, if he beats Otto Wallin, who cut and bothered Fury when they met a year ago.

Beyond Fury’s immediate challenge, contenders Oleksandr Usyk and Anthony Joshua will reconvene in the Spring to determine the most worthy to contest all of the available belts, for whatever merit resides in the custody of all four. And alongside that quartet, exist a parade of potential challengers with varied styles, stories and skill.

Boxing has its heavyweight champion. A charismatic one. Unconventional. Gigantic. Everyone else, merely contenders. In old money at least. The hope now, in this brave new-old world, is that the Champion stays busy.

END_OF_DOCUMENT_TOKEN_TO_BE_REPLACED

The King of Las Vegas. The King of the Heavyweight division and the conquerer of demons seen and unseen, Tyson Fury finally convinced someone, anyone, to stop Deontay Wilder from trying in the 11th round. It was an astonishing battle between two men with a depth of resolve that cannot be taught, nor bought by the millions they’ve already accumulated.

Fury climbed from the canvas twice in the fourth, to eventually overwhelm and knockout Deontay Wilder following 11 of the most furious and wild rounds the division has seen in decades. They do not have the equivalence of Ali and Frazier or the technical brilliance of Bowe and Holyfield, but Fury and Wilder have provided entertainment and drama to match those illustrious predecessors.

There will be no fourth. But thank goodness for the contractual obligation that insisted on a third.

END_OF_DOCUMENT_TOKEN_TO_BE_REPLACED

“Life is a moderately good play with a badly written third act.”

Trilogies, in an era when the first fight is all too often hard to make, are a rare spectacle. Particularly among heavyweights. The third of the series is typically only required to settle the argument as to who is the better fighter following shared outcomes in the opening bouts. Ali v Frazier, Bowe v Holyfield the most famous examples in the modern age, if the 1970s and 1990s still count as the modern age. Both pairings were notable for the equality of the protagonists and for the career best performances drawn from all four.

As the days and hours tick down to the third fight between Fury and Wilder, there should be, given this scarcity, the iconic nature of those illustrious predecessors and the tumultuous events of the first two encounters, more enthusiasm for the fixture than there is. Remarkably, considering the dramatics of those two fights, the mandate behind their third meeting is not driven by the appetite of fans or the quest for resolution as to who is the superior fighter, it is compelled only by contractual obligation and the stubbornness of Deontay Wilder.

Fury v Wilder III, until last week merely an irritating obstacle to greater prizes, is now upon us. As boxing’s various troubadours, fixers and mystics descend on Las Vegas, the memory of Joshua’s dethronement as fresh in their minds as the jet lag and neon lights will permit, the fight in prospect has become entirely more intriguing.

END_OF_DOCUMENT_TOKEN_TO_BE_REPLACED 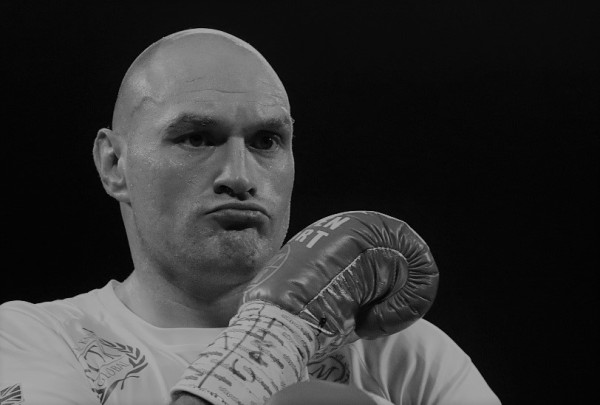 Anthony Joshua’s humbling defeat to Oleksandr Usyk didn’t steal a unification bout from him, or his contemporary, Tyson Fury despite the persuasive narrative that it did. Boxing’s usual follies and the greed of one or both parties deprived the fans of the most enticing fight available several months ago. The two protagonists will one day look back wistfully to the moment, or moments, when they allowed the fight to slip away in the pursuit of an ever larger purse they will never have time to spend. Hipsters will point to the overdue Welterweight pairing of Errol Spence and Terence Crawford as the bout boxing actually needs the most, and there is merit in the argument, but heavyweights remain the premier attraction and the measure by which most eras are judged.

A fact that informs the greed that enveloped the potential fixture and permitted the contracted trilogy bout between Fury and Wilder to encroach and supersede the richest fight boxing could make.

And though fans may one day witness the two face each other, it will forever be diminished by the passage of time and the two defeats Joshua has now collected.