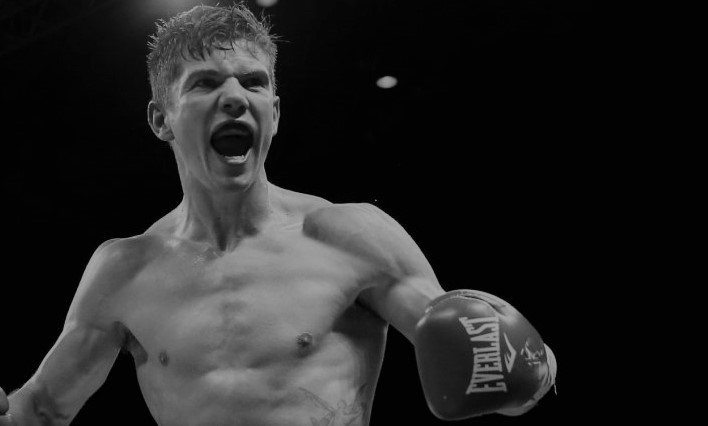 Don’t believe it, oh no

Headlining this weekend’s Dallas card, boxing’s opening gambit of the New Year, will be British lightweight Luke Campbell versus the unbeaten Ryan Garcia. Campbell will be attempting to win a world title, if we include interim, at the third time of asking. His first two bids, against the exceptional Jorge Linares in 2017 and Vassily Lomachenko in 2019, ended in creditable defeats, the former, narrowly.

Those represented contests against two of boxing’s most ennobled competitors. Fights in which Campbell played the role of the young challenger despite being of contemporary age to both. His fresh face belying his then 30 something years. On Saturday he can no longer hide from the passage of time and if he is to triumph and win the interim WBC title almost 9 years on from his Olympic Gold, he will do so as an ageing contender to the 22-year-old Garcia’s ‘turn’ as the youthful up and comer.

As a son of Kingston-upon-Hull, a place of originality and acute deprivation, he is inherently imbued with the stoicism and spirit to try.

His opponent does possess several key advantages. As well as the perceived advantage of youth, Garcia holds favour as the ‘home’ fighter, possesses fast hands and has lucrative potential. The search for the next Mexican superstar is an unending quest and ensures Garcia will enjoy favourable perspective if the ring side judges are required to tally their 8s, 9s and 10s.

To succeed, Campbell will need to defy the notion that he has to be past his own peak at 33 years young and the accepted wisdom that the fresher, quicker and more ‘connected’ home fighter always wins. In the fight with Linares, particularly in the early going, it was the Venezuelan’s speed and combination punching that caused the 2012 Olympic Champion the most problems. He was dropped hard in the second. He rallied, proving more than competitive through the middle rounds, often timing Linares better on the counter too, and edged one judge’s card. Albeit the British one.

The problem is, that was three years ago, and on Saturday night, it will be 14 months since Campbell’s last contest; a shut out loss to then impervious Lomachenko. It seems cruel to mumble the notion Campbell is doomed to always fall short at elite level, that most over used and misunderstood of terms, but there is certainly a theory held among respected observers that his split decision loss to Linares may prove to be his zenith. Inactivity makes it hard to predict just how much zest the Hull man has left to squeeze nor how much ring rust he needs to shed. Timing is key to his success, finding a groove and rhythm essential to productive use of his Southpaw stance. Despite those reservations, the match-up isn’t without hope.

Garcia is at the opposite end of his career, and as is tradition, it is his lack of seasoning and the absence of substance among those he has beaten that creates doubt about his readiness for this step. Though 33, Campbell is both the best, biggest and sturdiest opponent Garcia has faced in a four year career that was still being contested at Super-Feather when Campbell was fighting Linares. And most of those Garcia has faced subsequently at 135 have been career 130 pounders too.

And there is the nub.

This is Garcia’s first 12 round fight. If Campbell can be competitive when the young Mexican’s confidence and energy is highest can he then create doubt in Garcia’s mind about those unforgiving championship rounds? Saturday will be the 12th time the Brit has prepared for the fullest distance and he has travelled 10 or more on six previous occasions.

I like Campbell at the odds available, widely 11/4 to win, and don’t see the evidence that Garcia is quite the puncher, at Lightweight at least, that his pretty record suggests nor are there any Southpaws looming from the page either. Campbell is a hardened competitor and will enjoy opportunities and openings in Garcia’s ebullient style if he retains the reflex and instinct of his prime.

It is a fascinating crossroads bout between two leading contenders. Timely, bold or too soon for Garcia?

Only Saturday night in Dallas can reveal the truth.