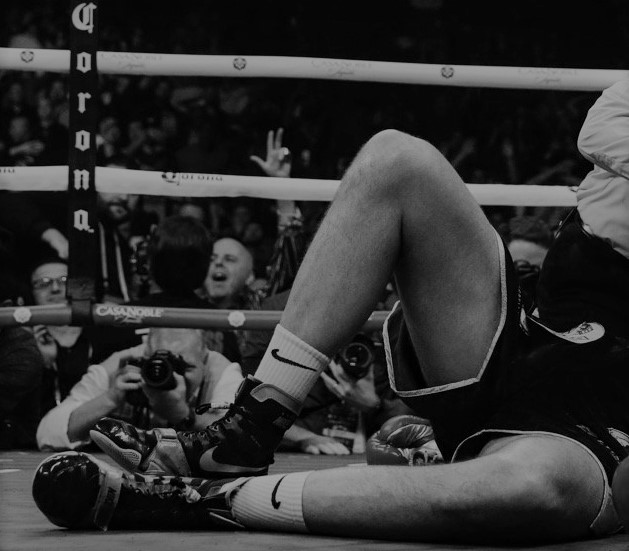 It is said that time feels increasingly fleeting with the passing of every year. A lament often aired during the Christmas frivolities, as the day itself ‘cannonballs’ in whilst our minds are still fresh from collecting spent rockets and eating the last of the Halloween Haribo. Certainly for those of us wrestling with middle life, the sticky toffee that holds the melange of children, grandparents and other assorted acquaintances together, the reflection brought on by year end arrives all too quickly.

Add in an interest in the world of boxing, a niche within the Venn diagram of human existence once obscure and peripheral but now experiencing a population boom, and the pace is quickened still further. No weekend in the boxing fan’s diary is ever clear, perhaps save the one forthcoming, and the platforms and mediums for indulging their passion grows by the day. There is barely time to pause for breathe between a Spring time heavyweight showdown in a football stadium and a Featherweight dust up on the brink of New Year.

But, just as the charity pleas that interrupt our Christmas viewing and draw us back from the excess of our indulgence and before we dare to complain, gratitude should be our only sentiment.

Tonight, as the house goes quiet for the first time in days, with the children finally falling silent in their beds and the last of the prawn cocktail safely consumed, I’m minded to consider the stand out moments, and the outstanding fighters of 2018. With such numerous and plentiful entrants there are a host of possible winners of the British Fighter of the Year and International Fighter of the Year.

I’ve opted against exhaustive review and research, this is, after all, an article contemplated and composed on the vapours of the energy I left work with on Friday and with a digestive system which can be heard to audibly gurgle “g-o-u-t” in the dead of night. With those truths in play, my selections are done on instinct and highlight. Sometimes the obvious answer, the first answer, to any question posed to oneself is also the right one, as far as an opinion can ever be right or wrong.

Other vendors will offer you top fives, will trawl through the contenders, fights and alternative theories for similar end of year awards, theirs may hold more merit, may offer greater summary of the action we’ve all witnessed in 2018. But they will remain, like mine, merely an opinion.

International Fighter of the Year

Thanks to the wonders of modern technology and the competing television platforms, British fans have enjoyed access to all of the sport’s world stars. From Saul Alvarez to Terence Crawford, to Vasily Lomachenko, Naoya Inoue and Oleksander Usyk, all of them have been available via one outlet or another this past twelve months.

All have achieved great things in 2018, though ‘Canelo’ Alvarez merits a minimum of an asterisks for his two failed test for performance enhancing drugs. An asterisks may not seem like much of a deterrent but it is as meaningful as any other sanction he faced for the transgressions. But I digress.

The outstanding candidate was Oleksander Usyk, 16-0 (12ko), who emerged victorious from the inaugural World Boxing Super Series (WBSS) Cruiserweight tournament, having beaten the two of the other three unbeaten ‘champions’ en route to winning the trophy. A remarkable triumph but one further burnished by the knowledge all his bouts were contested in the opponent’s home country and with an added bout versus former WBC Champion Tony Bellew to close the year. Also fought in Bellew’s ‘back-yard’. And won by knockout.

Usyk did all this with a stare, a smile and outstanding levels of output, precision and power. He isn’t invincible, but if a fighter can emerge to defeat him in 2019 at Cruiserweight, that man will likely be a contender for this award in a year’s time.

The more likely trajectory appears to take the Ukrainian to the heavyweight division, though he may bide his time if the leading trio of Fury, Joshua and Wilder are deep in a round robin or, at least, the negotiations to be.

British Fighter of the Year

2018 has been a tremendous year for British boxing, both in terms of the people who have bought tickets, watched on platforms from Sky and BT Sports to the smaller shows on YouTube and Facebook and everything in between. At no time in Boxing history has so many British fighters been active, so many shows taken place and so much bargaining power been held by the British fight game.

The United Kingdom is now a major boxing ‘capital’, frequently surpassing the gate figures of its more illustrious American counterparts. American fighters want to box here. It frequently makes commercial sense and by other more subjective metrics is a place overseas fighters simply want to experience, the British fight night is now a global attraction.

Within this upsurge, a slew of fighters emerged to off-set the departures of David Haye and Tony Bellew, and provide new heroes for the British fight public to throw their support behind. Callum Smith, the last and best of the fighting Smith brothers, also won the WBSS at Super-Middleweight, knocking out George Groves to do so. A win that secured him the giant Ali trophy and Groves’ previous status as the division’s leading man.

Yorkshireman Josh Warrington, so long damned with feint praise by those who possessed the belts and renown he craved,  stormed the featherweight division with two victories as underdog against Lee Selby and Carl Frampton. Both consumed by Warrington’s ferocious hand-speed, undervalued power, unparalleled fitness and no little tactical acumen. In any other year, I would be hard pushed to look beyond one of these two.

But Tyson Fury, despite only posting a draw in sport’s ledger of record, ensured this year couldn’t be judged by the conventional benchmarks of titles and victories. Such was the depths from which he rose, both in reaching the first bell of a heavyweight title clash and in clambering from the canvas in the final round to hear the last, that I am compelled to recognise him as the British Fighter of the Year for 2018.

His display, his voyage back from the abyss are stories which go beyond even the colourful narratives boxing typically embellishes and is embellished by. It marked Tyson out as a human being with almost other-world qualities. From the moment he stirred from the slumber Wilder had struck him too, he had won this award.