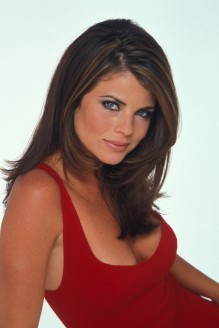 Nostalgia is a big seller. And its vendors seem to know just when to pique our interest in some bygone phenomenon. Whether it be the Mamma Mia film reaching out to women over 35 to relive their days as Dancing Queens – and some men come to think of it – or other film franchises like Charlie’s Angels or boxing’s own Rocky series. Today’s wander down memory lane was the tabloid suggestion David Hasslehoff is bidding to relaunch Baywatch, with media-shy, wholesome mother of three Katie Price (aka Jordan) donning the red bikini made famous by Pamela Anderson – though it was always Yasmine Bleeth for me.

Two things strike me about this, no, not those two things. Firstly, it made me reach back to the days when Baywatch was staple viewing after the Football scores on BBC1 and before Gladiators on ITV, usually accompanied by a Gigantic pizza from Iceland, 2 litres of Coca Cola and a similar volume of cheap Vanilla ice cream. Vanilla Ice – another memory raises its ugly head – thankfully they’re easily admonished and swept back from whence they came. And secondly, the idea of applying the practice of digging up something from the 1970’s or 1980’s, or even 1990’s and planting it into the current world would be fun if you did it in boxing.

Nostalgia is a key artery in boxing, at whatever point in time you interviewed fans they would always claim the preceding generation, usually described as “in my day”, was better, more meaningful and more enjoyable. Fight fans are always looking back, always bidding to compare fighters across generations far more than fans of other sports. So if I could pluck a fighter from the 1980’s and press them front and centre into the current scene who would I pick? Well the obvious is Mike Tyson, a fighter capable of re-igniting the heavyweight division, the American interest in boxing and the sport as a whole.

A soiled resume now, but in the hype of 1985-1988, he was almost an unprecedented phenomenon. Too obvious though. I’ve never been one for the obvious, it lacks flair, imagination.  When the punters lunged for the Pammy poster, I was looking at her dark haired colleague in the sisterhood of life-saving. Perhaps then the tired 1980’s version of Roberto Duran, pitching him against Mayweather and Cotto. Mouthwatering, but it lacks a tingle.

I think I’d settle for my old favourite Herol Graham, on the assumption he couldn’t bring Julian Jackson with him. He would have afforded Paul Williams, Arthur Abraham, Kelly Pavlik and Felix Sturm an unfathomable riddle to solve and perhaps could have landed the Middleweight belt I always felt he richly deserved. Of course, as time has lapsed Herol has become even greater than ever he was, time has exaggerated my image of him. Made him untouchable, quicker, faster. In truth of course, he was vulnerable.

It’s never safe to be nostalgic about something until you’re absolutely certain there’s no chance of its coming back.  ~Bill Vaughn