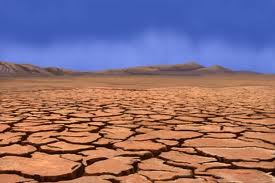 Look around any garden centre, walk-in bath store or drug rehabilitation unit and you will probably find a big lug willing to suggest he remains a contender. Many of them will be unfamiliar in appearance. Don’t let their seeming impotence, age or lack of vim discourage you. Embrace your quarry when you find them, ignore their venerable state, gloss over their lack of lucidity or form because within your arms you likely hold the guy Wladimir Klitschko will pursue after 39-year-old Jean Marc Mormeck collects his pension annuity in December.

It would be erroneous of me not to acknowledge a decade of poor harvests for those tending the heavyweight crop. There are precious few heavyweights of note or sufficient motivation in the modern era. The soil has proven more fertile in the East of Europe and the reasons for famine in the American picture are wide-ranging and long-term. Unless an exceptional talent emerges from a system seemingly lacking in the critical mass to produce one, America may never lay claim to any more than a peripheral portion of the World-title, not that such fractions would satisfy the sport’s historians. Quite how Fleischer, Smith and Liebling would have navigated through the highways, byways and gutters of the acronym titled cess pool is open to conjecture. One idly hopes they would have dismissed them through silence. Weeds need water and sun too.

But this barren plot is where the heavyweight division now finds itself. Reliant on a veteran who have lost twice by knockout at Cruiserweight, once to David Haye who Wladimir recently toe-tally dominated, has fought just three times in four years at the weight and will have been out of the ring for 370 days by fight night.

The heavyweight picture is bad. But is it really this bad?

The case for the defence is two-fold, firstly Mormeck has two credible victories over perennial nearly men Fres Oquendo and Timur Ibragimov in 2010 – in modern parlance this constitutes form – and secondly, Wladimir Klitschko has “beaten everyone else”. I have sympathy for both arguments. Klitschko’s dominance further compounds the problem presented by a shallow talent pool, particularly the dearth of American contenders.

Were the Klitschko brothers removed from the landscape; it is likely we would have more champions than continents but equally, a round robin of these proteges, retreads and creaking fossils would entertaining viewing make.  Reality doesn’t have the luxury of such indulgence and so, Mormeck, all 5 feet 11 inches and 215 pounds of him will have to face Wladimir Klitschko if he wants to follow in the footsteps of Evander Holyfield and win the heavyweight title (add the acronym of your choice).

Are Povetkin, Chambers, Haye and the rest of the supposed new generation, we have to eschew the realisation all listed are thirty plus for this to work, not capable of summoning the requisite media and fan interest to land their first or second shots at the dominant Ukrainians?  Can contemporaries Solis, Arreola and Peter really find road-work so impossible to embark upon? Is the opportunity to earn millions and worldwide applause not sufficient motivation for these duds?

A computer system favoured by the International Boxing Organisation suggests the following top 100 fighters in the division:

Have a look below at their top 20. It is as objective a list as you will find and doesn’t discriminate against those ranked by other bodies.  For all my bleating and sarcasm about age, I’d still pluck Cedric Boswell from this list as the most exciting challenger to the Ukrainian brothers available and his claim to a shot is based on smashing Roman Greenberg and edging past a 74-year-old Oliver McCall.