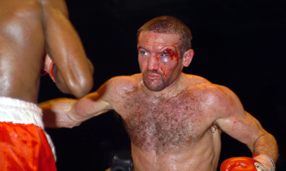 Troubled fighter Scott Harrison was arrested for drug related charges last night and without wishing to condemn him for crimes for which he’s yet to be found guilty it would seem he has yet to reach the foot of the slippery slope his personal and professional slope have been plummeting in the past two years.

Only last week, having failed to appear at a BBBofC hearing, his suspension from professional activity was extended and though boxing appears furthest from his priorities presently – it will be shame if he never returns to the ring. Despite his limitations he is a capable performer but with his 30th birthday on the horizon coupled with inactivity and a proposed move to lightweight it strikes me that a return to elite competition appears unlikely.

As someone who enjoyed his early career and on a purely human level, I hope the gritty Scot will be able to overcome his demons to lead something approaching a fulfilling life, whether that includes a ring return or not.